The $4 Trillion Dollar Problem. As we find new ways to extend life, we are spending dramatically more money on healthcare. In 1990, U.S. citizens spent $600 billion on MRIs, oncology drugs, physician salaries and so on. In 2017, we spent $4 trillion, which was more than the GDP of Germany, and nearly $2 trillion of that was considered waste, i.e., did not improve outcomes for the recipient. But who is paying for all of this expensive new healthcare? If you pay taxes, then you are.

How Did We Get Here?

Medicare and Medicaid are government programs that provide health benefits for senior and low-income U.S. citizens, and account for more than half of the $4 trillion in annual spend. The Centers for Medicare and Medicaid Services (“CMS”) is the federal agency that administers both programs. CMS draws 100% of its funding from, you guessed it, U.S. taxpayers, making you a financier to the largest single health insurer in the United States.

Under traditional Medicare, a beneficiary receives a service from a doctor, and that healthcare provider submits a bill to CMS to be reimbursed at a profit margin determined by the Relative Value Unit (“RVU”), a fee schedule based on resource consumption. Providers increase service volume to increase profit. Unfortunately, nothing in that “fee-for-service” equation encourages system-wide efficiency, and in fact, has directly fueled the $4 trillion problem that we have today.

In an effort to slow down ballooning healthcare costs, starting in 2010, CMS led a radical shift away from volume-based to a new value-based payment system, with the Affordable Care Act (“ACA” or “Obamacare”). In short, the change meant providers would no longer be reimbursed for each service, but instead would be limited to a fixed pool of funds to maintain the health of a specific population. In an instant, the mechanism that had guided the world’s largest industry, made a 180-degree turn.

In order to implement this new value-based system, all health insurers, including CMS and commercial enterprises like United, Aetna, and Humana, would need to convince the healthcare providers in their networks to change everything. On Monday, providers were incentivized to max out services and fill hospital beds. On Tuesday, the same providers are being penalized for overspending and lack of quality control.

Most are Trying Hard, but Failing

Unfortunately, most “risk-sharing” arrangements amount to upside-only, and the prospect of an unlikely year-end bonus is not enough to inspire wholesale behavioral change. Additionally, population health tools market sophisticated analytics to predict things like hospital re-admission, but do little to actually implement the requisite behavioral change to impact important metrics at the micro-level. Most physicians simply do not have bandwidth for another tool that adds chores and fails to add clear value.

This leaves providers to continue their old volume-oriented ways while having their earnings slowly but surely stripped away by new penalties. This leaves insurers bearing the brunt of medical expenditure risk while paying for expensive population health solutions that fail to improve health outcomes or profitability.

It is Time to Re-invent the RVU

It’s no wonder insurers and providers are struggling to survive in this brave new world. As we progress through vast transformation, our healthcare system exists as a bizarre Frankenstein, with new-age value-based mechanisms bolted onto vestiges of a fee-for-service past, all wrought with challenge and conflict.

One such vestige is the RVU, which as mentioned earlier, is the fee schedule for the 9,000 services reimbursable under Medicare. Unfortunately, many providers are still focused on accumulating RVUs to keep their lights on, naturally leading to volume over value. Additionally, many valuable actions are NOT reimbursed by RVUs, such as placing a diabetic patient into a care management program or conducting a fall risk assessment to keep an elderly woman from breaking a hip, which can yield immense cost savings by avoiding unnecessary emergencies and improve health outcomes over a large and long scope.

Providers are in dire need of an impact-oriented system that rewards actions proportionate to their contributions to quality and efficiency. CMS recognized the contradiction between RVUs and value-based care, but so far has only taken small steps to resolve the conflict. For example, CMS introduced the concept of “shared savings” which benchmarks year over year spend, and if a group of providers spend less money this year and hold quality constant, they share 50% of those savings amongst themselves. However, it is no surprise that a physician isn’t willing to bet her livelihood on providers, sometimes spread across an entire state, changing their ways for the prospect of an uncertain payout 18 months from now. Of course, she says: “No thanks, I’ll stick to my RVUs and volume. Besides, what can I do to reduce spend across the whole system?”

Note: What can inspire transformation: (1) understanding why change is needed in the first place (2) receiving simple, targeted instructions on what to do to be successful under the new rules and (3) being paid granular, timely rewards for delivering at a high level.

It is time to re-invent the RVU.

The New England Case for Change

Why is an agency that is so keen on turning over a new leaf, so wedded to an antiquated incentive system?

In one corner of the U.S., a group of insurers, providers and technologists came together to try something totally new when it comes to incentives, to re-invent the RVU.

Like other groups across the country, these providers had been part of a “shared savings” agreement for years, but few providers were engaged, or even aware of the contract’s existence, and remained far from hitting targets. In 2015, the collaboration introduced immediate payments for activities that contribute to better quality, in addition to paying out RVUs. They leveraged a simple data tool to identify and track these activities at the point of service. Providers that went the extra mile to schedule a diabetic eye exam were compensated for their extra effort later that month. Providers that ignored prompts for high-value actions were not compensated and some were even phased out of the network.

The result of this experiment: an incremental $8 million of profit while improving Quality from 3 to 4 Stars for 9,000 Medicare Advantage members over 36-months.

The run-of-the-mill shared savings concepts are not working because physicians do not associate their extra individual effort to financial or quality gains. In the customized ecosystem of this New England case study, attaching an immediate incentive motivated providers to make time for new activities and aided in their evolution from volume to value, often times without the provider even knowing it.

What does it all mean? There is a way for insurers, providers, patients and taxpayers to win. Re-invent the RVU at a national-level, before it’s too late. 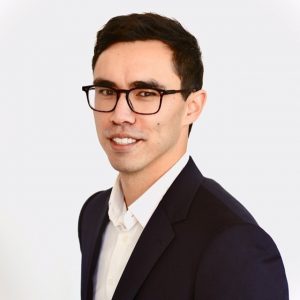 Ari Brenner
What to Expect: